So a 21 year-old male, previously competitive hockey player with persistent groin pain was referred for an MRI. This athlete was competing recreationally and had some symptoms of chronic pain in the region of the groin. The patient described his pain as localized to one specific region in the proximal portion of the left groin. Palpatory pin point tenderness was elicited at the proximal portion of the left groin at the tendinous insertion.
Stephen King presents his thoughts on this case presentation.

I took this case as a field hockey player, and with field hockey, all right-handed, so often that right adductor can become sort of quite problematic often. Usually the adductor longus is the most common site for adductor pain. And it does sound like, in this case, that it is there’s some adductor squeeze also isometric weakness in the case. I like the fact that there’s already had some imaging there. This is one area that I know in particular sometimes it can get a little bit tricky with some of the other things around the area, as Dr. Brock says, your sports hernias. So that you got your rectus, so tendinopathy, or there’s -opathies of other adductor muscles. Or even some sort of lumbar spine or iliopsoas referred pain, so it can be quite a tricky area to try and diagnose. And getting the right diagnosis is pretty important in this area as well because it can change your management quite significantly. Especially if there are some labral tears or femoroacetabular impingement causing some referral into that adductor area too.

So for me, I’d look again, looking at lower limb strength, have a look at the glutes and the lower limb mechanics. And most importantly, I think often in young hockey players, looking at the flexibility, both around the hips but also through the rest of their chains so, through the spine, through the shoulders, making sure they’ve got adequate range there, as well as through the ankles. Because often that overload to the adductor can be driven from somewhere else in the chain. What Dr. Brock said as well, making sure you have a look at them, their technique in how they’re hitting the ball. In hockey it’s quite a repetitive task they’re doing. And it is a multi directional sport which tends to be the most commonly associated with these adductor or groin type injuries. I’d also be trying to look at the power and the agility of the athletes, maybe have a look at a agility T-test or something like that to try and get some baseline data, to see where they are now so you can gauge their progression going forward. Also, I would look at sort of some data and sort of having a look at some of their ability to load off each leg, and see if there’s any discrepancy side to side there, too.

So management wise, I’d start often with making sure I understand the sport fully. To do a full analysis of hockey’s biomechanics and some of the positions and the body orientation they get themselves into. Have a look at the muscle actions through the sport. Often in that hockey, sort of field hockey anyway, quite often loading is on that right adductor. So it’s quite an eccentric load going through there often when they are sort of hitting the ball. Having to decelerate the rest of the chain and the reaction that’s being driven by obviously the driver, which in this case is the hands and the hockey stick. Also, have a look at the physiological analysis of the sport, so instead of what’s the volume like, time played for the position that they’re in, looking at the intensity, and having a look at their rest and recovery through the seasons.

I imagine that’d be particularly important if you’re considering ice hockey, considering how many games they do play in a season, or in a week over there too. Also have a look at the athlete’s past injuries and their current fitness status, so use some testing to try and gauge where they are. And then try and plan around where they are in the season. It’s often quite important to try and manage them. So it might be the case that you can’t fully address this complaint while they’re still in season; it might be more of a management, managing symptoms until you can get to that place where you can actually offload them. That’s a common problem we have.

Also want to know if there’s been a spike in the workload recently. So there’s a lot of good research coming out of sports in Australia here, so Australian rules in cricket about how an acute spike in workload can lead to these type of injuries too. Some good papers from Gabbett and Orchard and Bailey in 2013, can be really good references to go and have a look at too. So I’d be looking maybe pain relief first, so maybe starting, again with tendinopathy with maybe some isometrics, try to then start some sort of heavy slow resistance training, and while you’re doing that working on the mobility. But then we’ve gotta, once we get the mobility you’ve then gotta reintegrate that, teach the brain and the body how to then use that new mobility. So, using some multi-directional lunges, particularly looking at frontal and transverse plane for these hitting sports, and progressing to increase the momentum. So maybe increasing some jumping and some leaping in there as well. And then, adding with the lunges, starting to use some top-down drivers, because that’s where a lot of the force is gonna be going, through that adductor, as I said, from that hockey stick swinging through.

Hear the rest of the Council Members insight here: 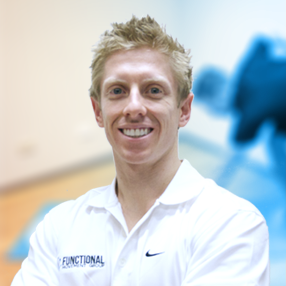