So a 21 year-old male, previously competitive hockey player with persistent groin pain was referred for an MRI. This athlete was competing recreationally and had some symptoms of chronic pain in the region of the groin. The patient described his pain as localized to one specific region in the proximal portion of the left groin. Palpatory pin point tenderness was elicited at the proximal portion of the left groin at the tendinous insertion.

A physical examination revealed pain and weakness of isometric adduction of the hip muscles. A clinical diagnosis of an adductor tendinopathy from repeated microtrauma and overuse was suspected and MR imaging was taken to confirm the diagnosis. The MRI was performed on a Siemens 1.5 tesla scanner. Coronal T1 and coronal STIR in the plane of the body of the pubis, axial T1 and T2 fat saturation and sagittal gradient sequences were obtained. The Axial T2 MRI, located at the level of the inferior body of the pubis at the adductor longus tendons, demonstrated an intense bright marrow signal within the body of the pubis bilaterally (Figure 1).

Let’s Hear From The Council!

The pain, assuming that the diagnosis is correct, in this case is also mediated by the local tendinopathy. At the end of the day, we need that tendon to heal for the pain to subside, so the first protocol really is to encourage as much pain-free movement as possible. I wouldn’t be able to provide any kind of site injections or similar restorative medicine, but I would certainly look into working alongside someone who could in this particular instance.

Well obviously as a biomechanist, first thing we’re gonna look at is the mechanics of the sport and the nature of the sport. As we know with hockey, it’s a little bit different to view in the true sense of your traditional bio mechanical motion capture type of setting, and it’s hard to then replicate what the mechanics are of the sport on land. So that does add a level of difficulty in being able to appropriately analyze the individual. But again, due to the nature of the sport of it being a high velocity sport, extreme accelerations, extreme decelerations. And then also due to the rotary component of it we have to go and again look at things that we talked about in the golf swing in the past is this kinematic sequencing. And I think a few people have already suggested this sequencing pattern that things need to rotate and fire in a very timely manner.

So, If I may, I took this case as a field hockey player, and with field hockey, all right-handed, so often that right adductor can become sort of quite problematic often. Usually the adductor longus is the most common site for adductor pain. And it does sound like, in this case, that it is there’s some adductor squeeze also isometric weakness in the case. I like the fact that there’s already had some imaging there. This is one area that I know in particular sometimes it can get a little bit tricky with some of the other things around the area, as Dr. Brock says, your sports hernias. So that you got your rectus, so tendinopathy, or there’s -opathies of other adductor muscles. Or even some sort of lumbar spine or iliopsoas referred pain, so it can be quite a tricky area to try and diagnose.

Well, I’ve seen a lot of hockey players and I gotta tell you the very first thing I’m gonna do is go through their history because my first question is how many head injuries have you had? How many times have you been knocked out? How many times have you been hit in the groin with a stick? There’s a lot of things that you’re gonna have to really go through here on the history. And let’s not forget, is there any other localized inflammatory responses that are near that area? Are there any swollen lymph nodes? Is there any other possible… Did they get a pelvic injury, per se?

With the athletic pubalgia, which again often presents as that osteitis pubis, adductor longus strain, adductor longus tendonitis et cetera, is making sure that you have the appropriate MRI imaging. The MRI that actually needs to be done to visualize the rectus abdominis and the tear that’s associated with athletic pubalgia actually has to be angled a little bit differently. And those who, the listeners who wanna learn a little bit more on this, I would highly recommend researching a Dr. Meyers out of Pennsylvania; he’s probably the leader in sports hernia, athletic pubalgia, surgical repair of these injuries et cetera. And he pretty much designed the surgery for this. And the image that they do, or the MRI that they’ll do on the patient, is slightly different. They actually created their own angulation and cut with the MRI machine to visualize these tears easier

I know that this athlete is 21. But I kinda have a different aspect of how they get to that final point. I work with the 13, the 14 and the 15-year-olds, and what I mostly see with them is that they’re not evaluated biomechanically. We don’t really check how they move. It’s just pretty much natural talent when they start at a young age, so we don’t really check those things. So by the time we get them at the 18, 19 and the 20s, they’ve created some compensatory kind of little things to keep them going up and succeeding.

I would start as I always do with a quick posture scan to determine any major postural distortion patterns that may be causing or compensating from this. I wouldn’t have too much specific work that I could or would do with this specifically hot adductor other than may be some kinesio-taping just to provide some temporary relief. But it would be expected to find some pelvic distortions occurring most likely specifically in the pubis as well as the SI. But I would refrain from any kind of aggressive manipulations of the pubis at this time and focus more on the SI area

The Certified Posture Expert program from the American Posture Institute is the most in depth all inclusive posture certification on the planet. Labeled the best expert posture certification by the International Posture Association, you can take your knowledge and clinical skills to the highest level by joining the top 1% of posture experts through this online certification. Get the expert starter kit at certifiedpostureexpert.com/Kit 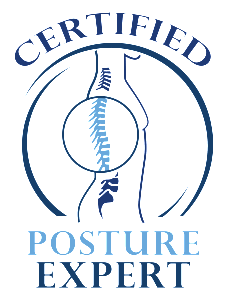 Get our Free Resource Guide on the Following: