The right side was worse when we were looking at the bilateral epicondylitis. There was pain onset following a high volume crawling exercise class. Pain present for six weeks prior to the session and was unresponsive to other treatments. The pain occurred straight on arm loading which radiated to a small degree into the… And also was radiated with bicep curls. The findings were, there was pain on finger extension and wrist extension, as well as straight arm, long head biceps loading. There was slight dissymmetry to the left, and as well as into the shoulder.
Dave Fleming quickly presents his thoughts on this case presentation.

So first of all, with any kind of pain complaint that hasn’t materialized from impact injuries or tissue damage. The first process I use is to establish the pathways projections in the systems involved in the pain experience. That can be done through a combination of touch, with the feedback of manual muscle testing, and also through functional neurological assessment. Trying to find out which cranial nerves, which analgesic pathways within the brain are involved, and they might not be firing appropriately, and might not be allowing the person to attenuate the pain in the body. Pain is an interesting one for me, it’s something I’ve had the pleasure of working with over many years. Quite recently, the work of Bud Craig has shown that the pain is experienced within the insular cortex from the interoceptive cortex, and it’s a part of the brain that really has a complete and a coherent representation of all homeostatic sensory activity. So I really see pain when it’s not involved with impact and direct tissue damage, as something that is a unconscious imbalance of homeostasis. So my real primary goal is to establish why that imbalance of homeostasis is around.

In this particular case, the last presentation where Jessica there was saying that there was poor shoulder stabilization can play a role. I’d be interested in possibly seeing if there’s any reasons as to why the… If there’s any links between the organs and the glands, for example, that might be inhibiting some of the muscles. For example, the supra and infraspinatus may be linked with something going on at the thyroid. It may be causing some cerebral inhibition that means the shoulder can’t stabilize at that level. We just don’t know until we look for these kind of things. So essentially with this case in mind, I would really be first and foremost want to establish if there’s any distinct pain pathways involved. Is it with the PMRF within the brain stem? Is there cerebellar pathways involved in the vestibular system, etcetera? Are they firing appropriately? And if they’re not, trying to stimulate those pathways to, first and foremost, just attenuate the pain. Other approaches that I’d be interested in utilizing would be involving, really again, conditioning. If the person wants to do the exercise that initially caused the problem as in being hands-on-ground, really teach them how to, as has already been said, to condition the body to deal with that.

And it’s something that’s done very progressively in gymnastics and in hand balance. And essentially, we would use those kind of drills that condition the positioning of the hand on the floor through to the scapula. And there is ways to do that and there is ways not do that. And we wanna make sure there’s rotational movements involved, there’s high… In a proper set, to be rich drills involved. To really condition the hands to being able to take that kind of impact. Looking at the body as a whole, as a whole bio-mechanical unit, as a neurological unit, I would check, I would throw in gate assessments, and I’d be trying to work out whether the load from the ground to the upper extremity is working, and if it’s doing job efficiently. And then the combination of all of those things together with the information of which cranial nerves are involved, and which muscles are shut down, etcetera, I can give the person movement and specific neurological drills to take away where they actually fire specific nerves, specific cranial nerves on top of specific movement drills, to basically drive the plasticity to get this pain to clear up.

In a sense, so it’s a kind of a… In my world, it’s a very kind of holistic approach to the body. And yeah, the pain, especially when the pain is bilateral, there’s often things can be a little more complicated than initially thought. It may be represented on both sides of the brain, it may just be represented on the right side of the brain. But it’s stuff to try and find out, because it can help resolve the problem very quickly 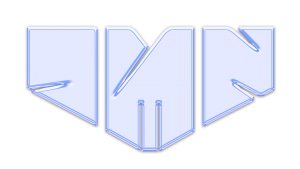